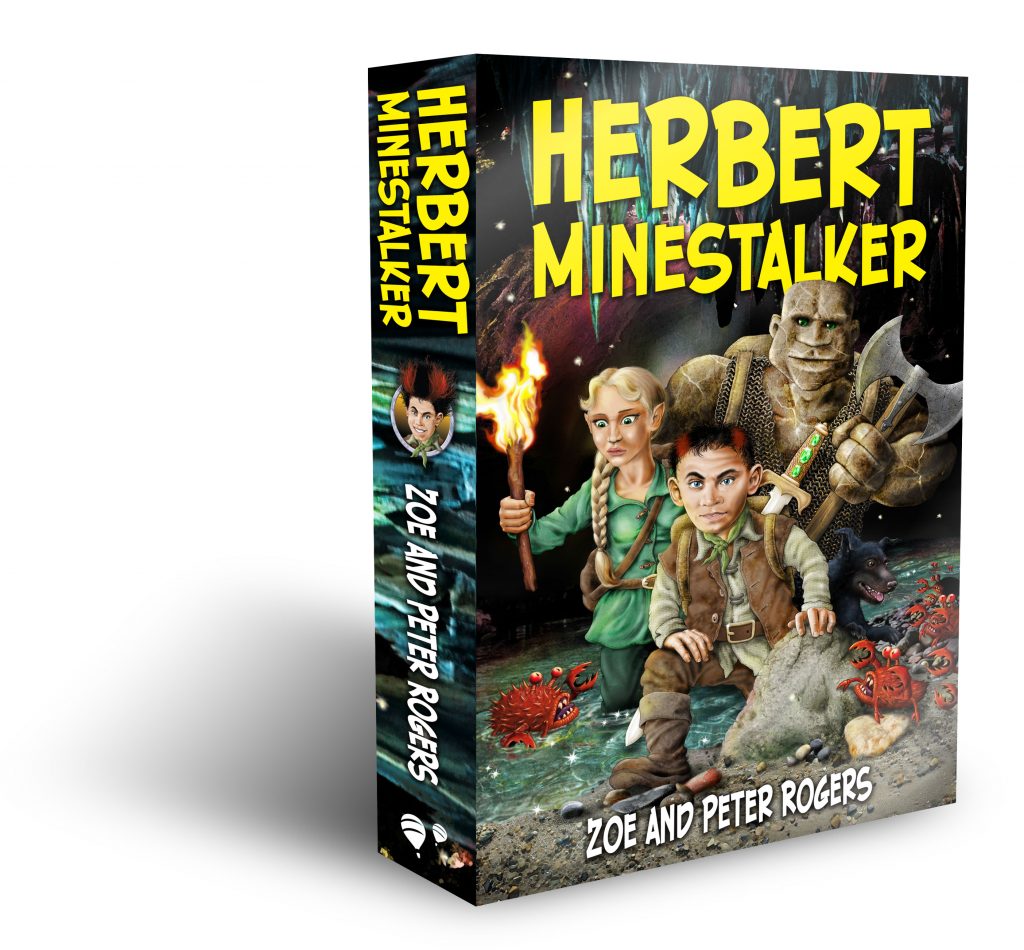 Herbert Minestalker is a rather unusual dwarf. Far taller than his friends, with no beard and his wild, flame streaked hair, Herbert struggles to fit in. Having caused two major accidents in the mine where he lives, Herbert finds himself banished and unable to work. With less than a year to go until his calling, when he must choose his career for life, Herbert has no idea what to do. Taken pity on by the Royal family, Herbert travels outside the mine and meets Sally Gathen, who he immediately falls in love with. He saves Sally sister's life, and with his new best friend Gorf, a Rock Giant, saves the Royal family from tragedy. Trying to be kind, Herbert finds himself elected Champion of the Mine with the job of killing the dragon who has taken over their home. Scared to death and with no idea how to go about it, can he possibly succeed?

I was just eleven when I started writing Herbert with my dad. I loved reading adventurous books for children, but some were just too scary! So I wanted to write something adventurous, but with a happy ending at the end of each chapter so you could get to sleep at night without feeling scared! As well as writing, I enjoy anything outdoor and adventurous. I love scouting. I m currently an explorer scout and have been selected to represent the UK at the next world scout Jamboree in Japan in 2015, which I'm really excited about. I start college in September and hope to be a pathologist, which I find fascinating. Perhaps it will give me some good material for another book!